After the season ended successfully at the end of October, the members of the museum association are busy with autumn work. This includes, for example, that our diesel locomotives will be stored preserved. One conservation measure is to fill the tanks with diesel so that no condensation forms during the winter letting the tanks rust from the inside. Since we need quite a lot of fuel for this, we ordered a road tanker right away. 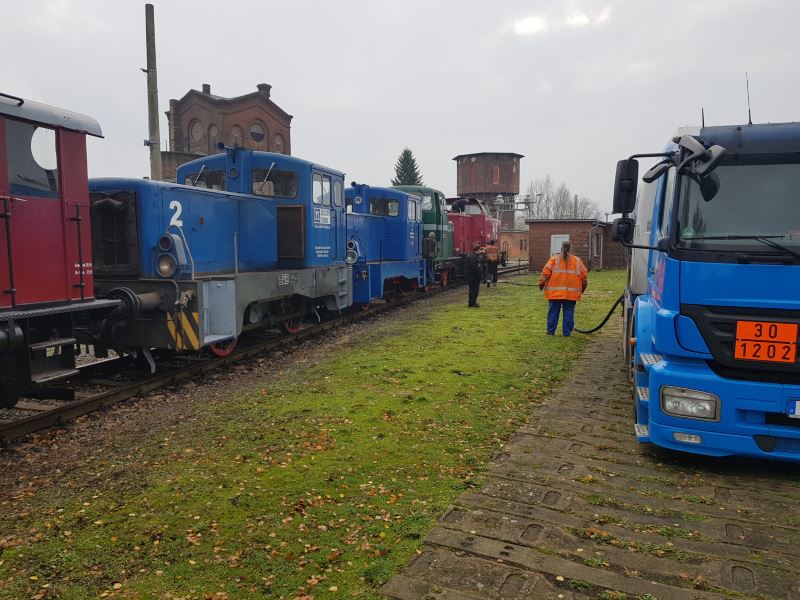 The conservation work on the steam locomotives includes draining the the boiler, tenders and auxiliary drives. This is to prevent ice forming during frost, causing components to bursting due to the ice pressure. The following picture shows 50 3570 being treated. 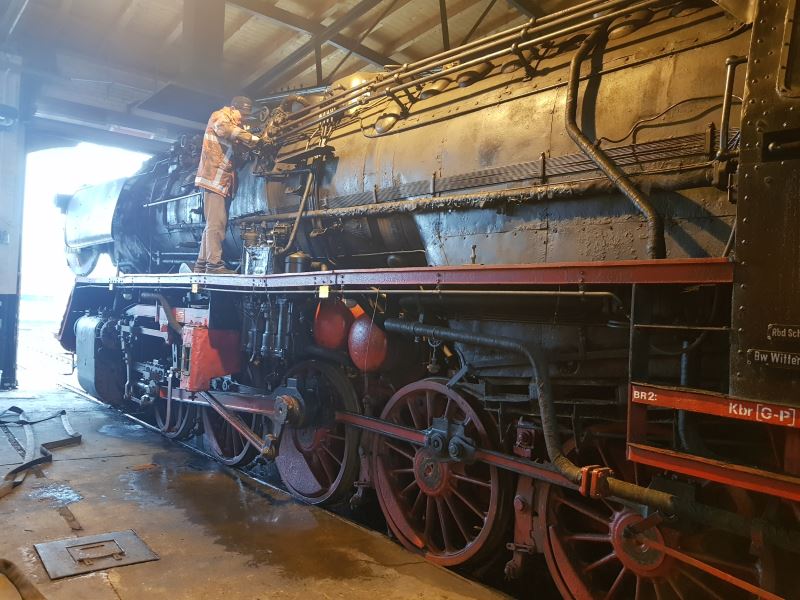 A historical freight wagon is in the process of being renovated. The two-axle wagon has side walls of a steel framework, covered with wooden planks. The construction had suffered a lot over past decades and is now being completely refurbished. The steel parts will be derusted, repainted and replaced where necessary. New wood panelling is then installed. 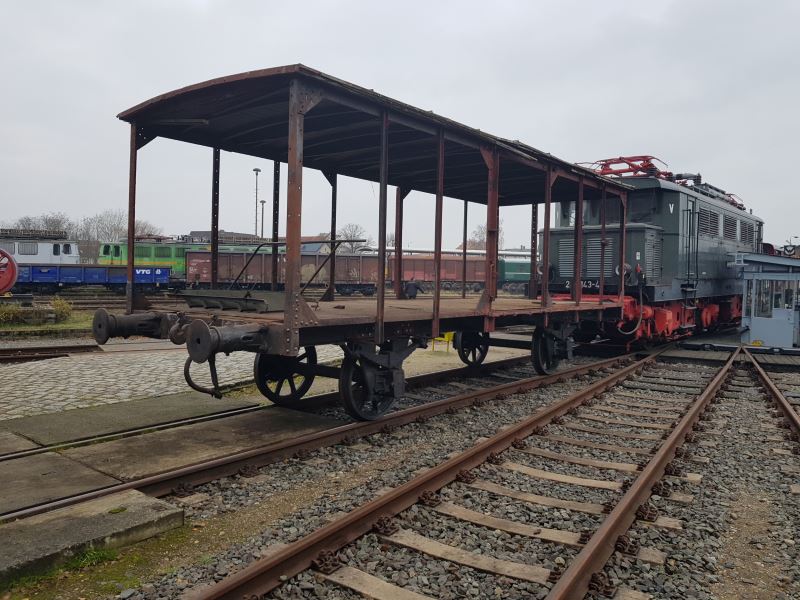 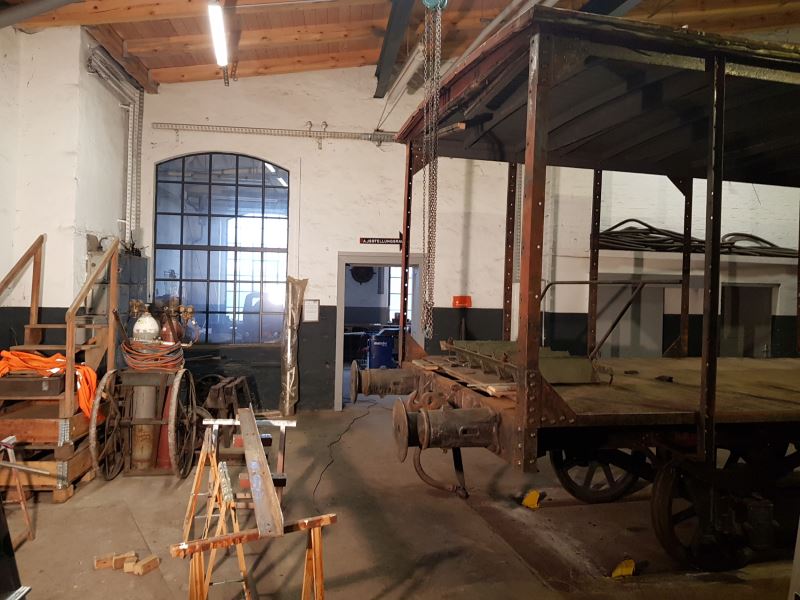 Diesel locomotive 0605 had some electrical problems at the end of the season. No wonder, because the cables of the small locomotive are already several decades old. Reason enough to rewire the controls. 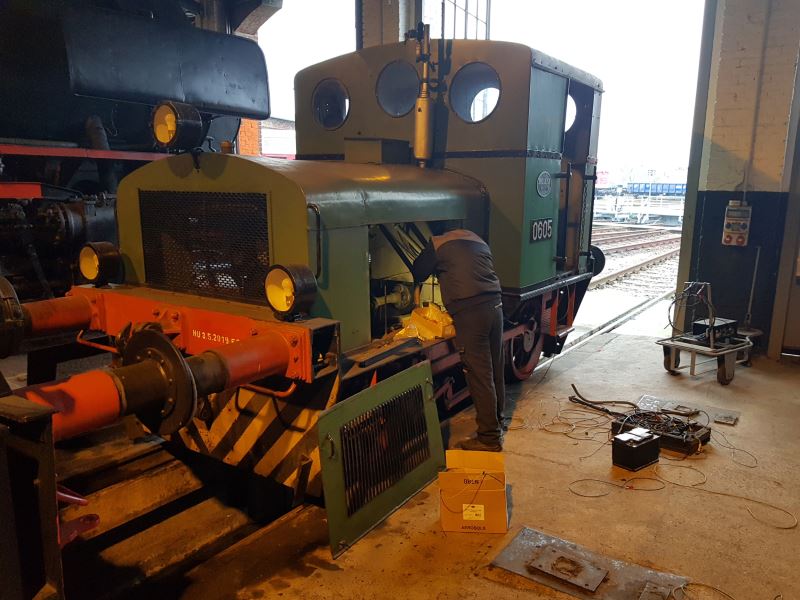 Visible progress has been made in the direction of revitalizing Locomotive Shed I. We reported some time ago that certain fixtures would have to be removed from the section of the existing shed before reconstruction could begin. This has now been done and we are looking forward to the reroofing of the shed. 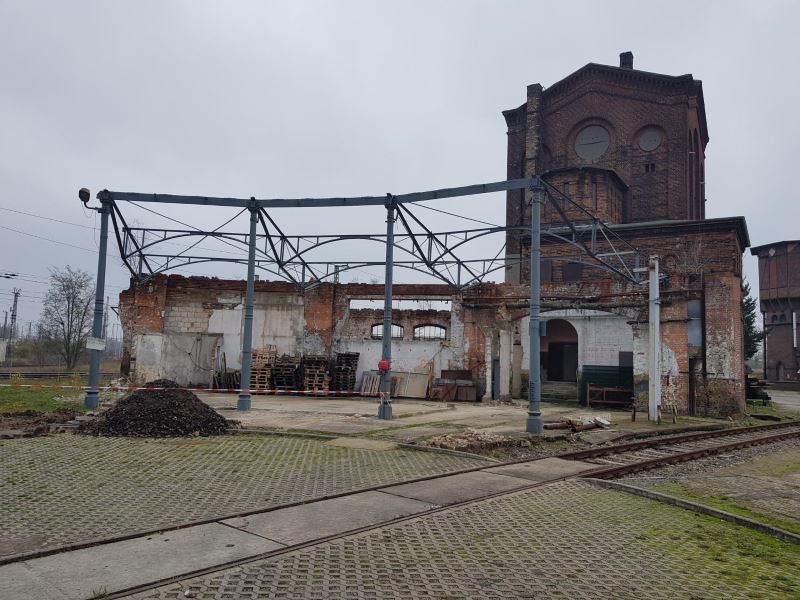 Since in the medium term a turntable is to be re-installed at No. 1 Shed I, last week test excavations were carried out in order to be able to measure the still existing, but currently infilled turntable pit, or more precisely its enclosure. 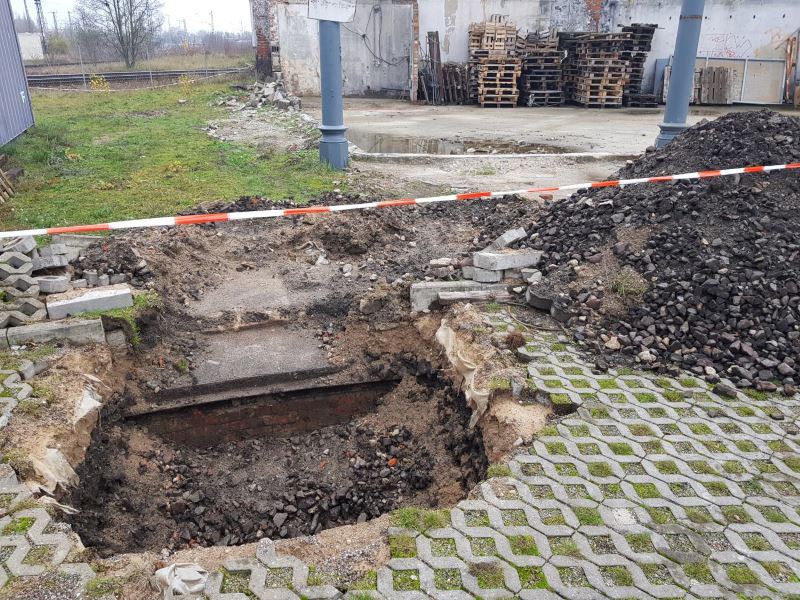 Rather by chance, a children's railway has also fallen into the hands of the club. The locomotive is currently undergoing a "general inspection". 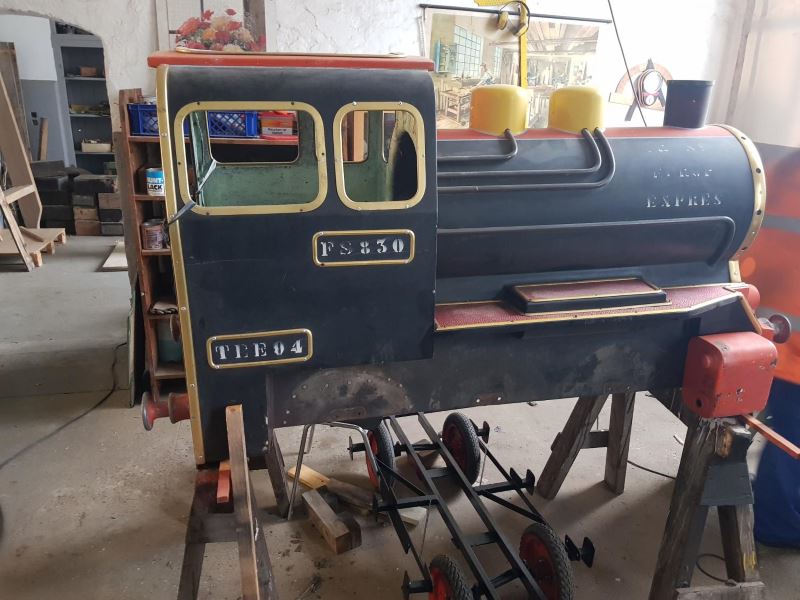 And also the other tools need a little tender loving care. As our forklift has recently sprung more and more leaks, the engine was removed and overhauled. Now that the overhaul has been completed, we "only" have to install it. 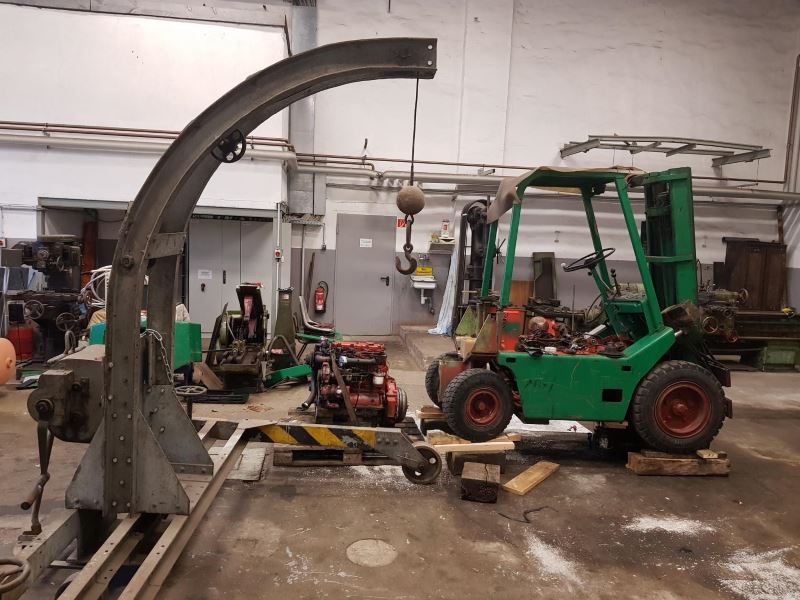