On 31.10.2015 our steam locomotive 50 3682-7 passed its general inspection and is available for trips again. Built by Krauss-Maffei in Munich in 1939, the locomotive has been a museum vehicle since 1992 and was in service until 2011. After that it had to be stored, as its permit to run (a kind of MOT certificate for railway vehicles) had expired. After several repairs and extensive tests, it is now available again for the next few years as an operational exhibit in the Historic Locomotive Shed in Wittenberge. The photo shows it at the water crane in front of the locoshed offices in Wittenberge, which was rebuilt in 2014. 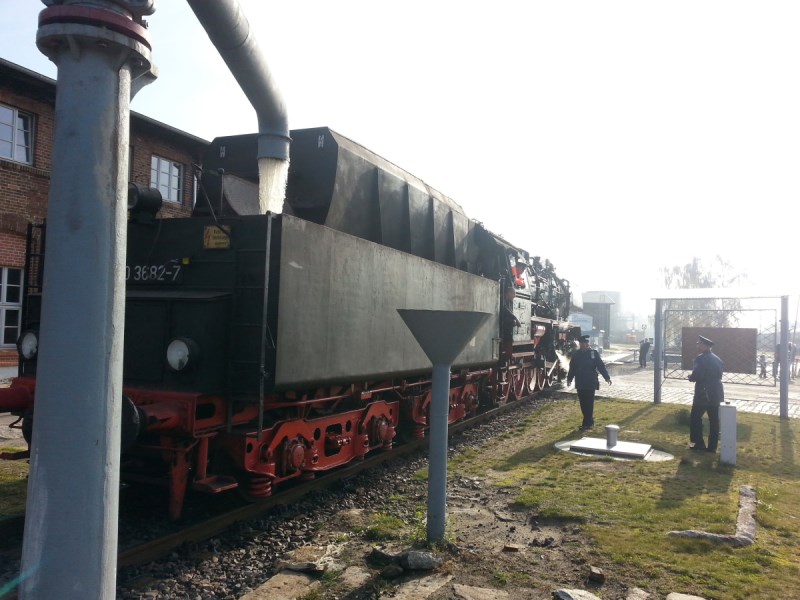 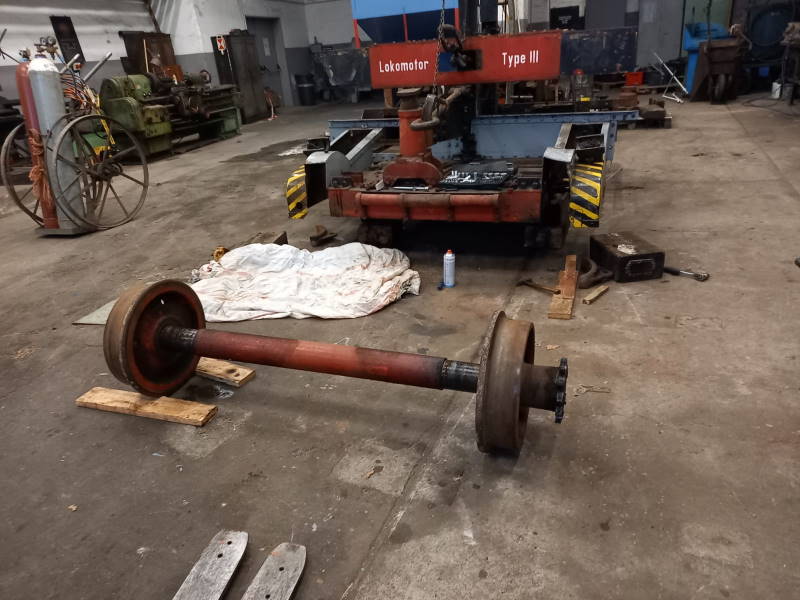 Homework and other odds and ends 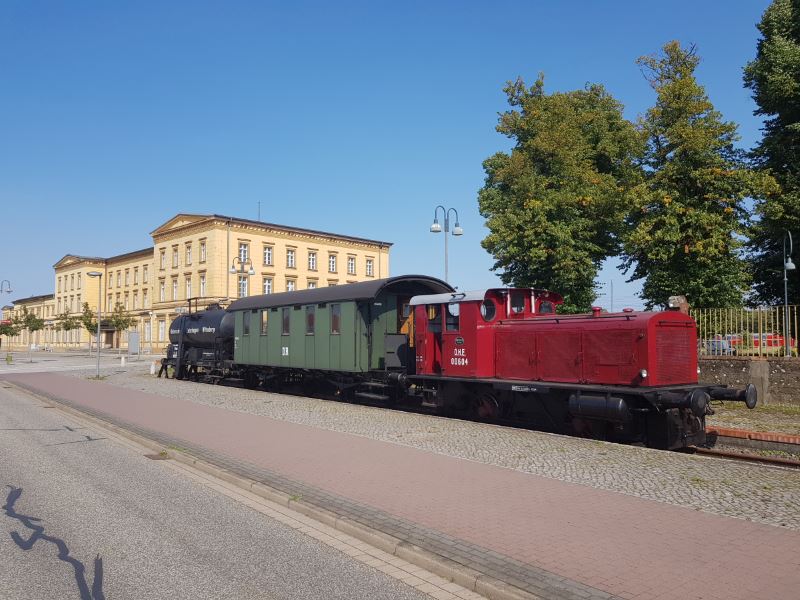 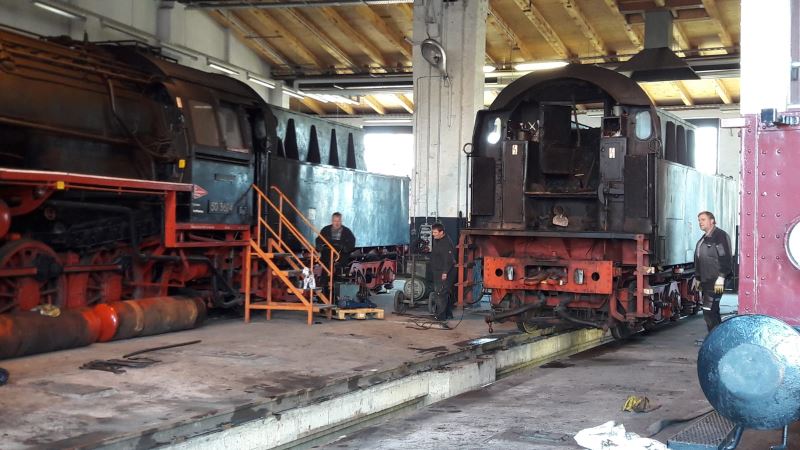 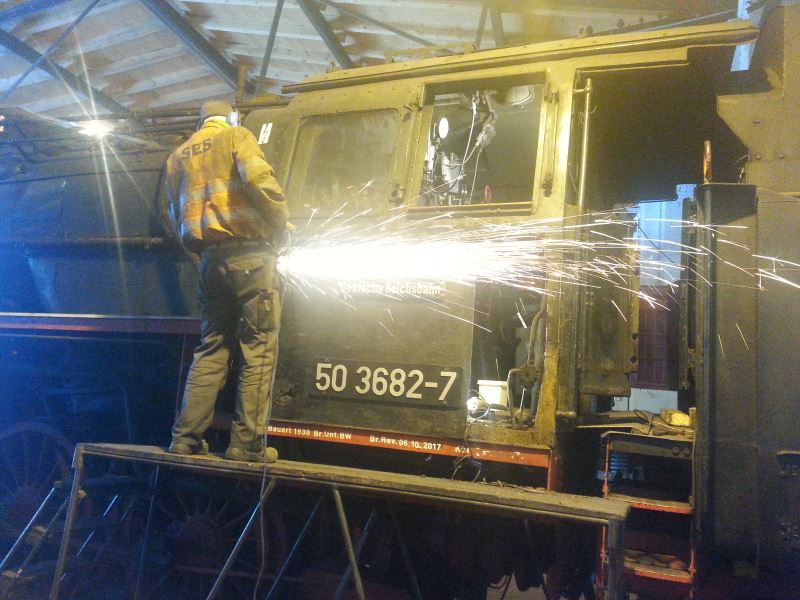 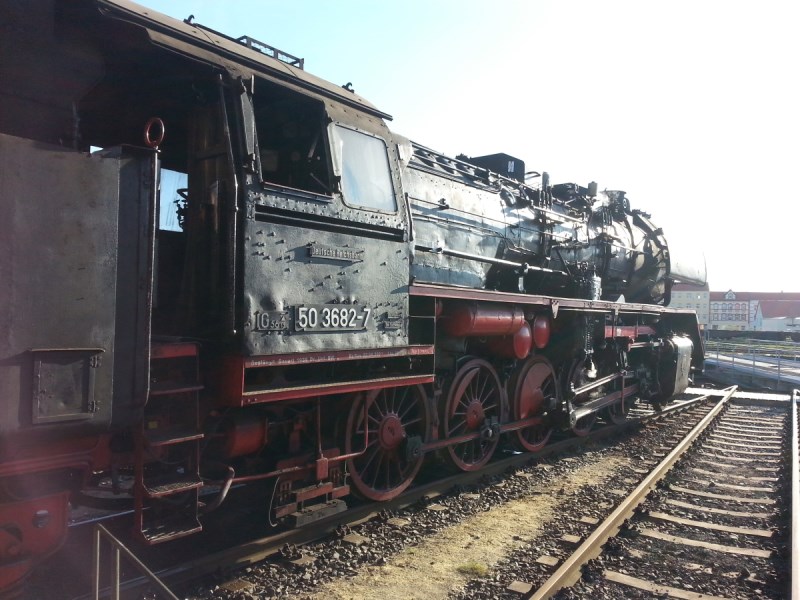 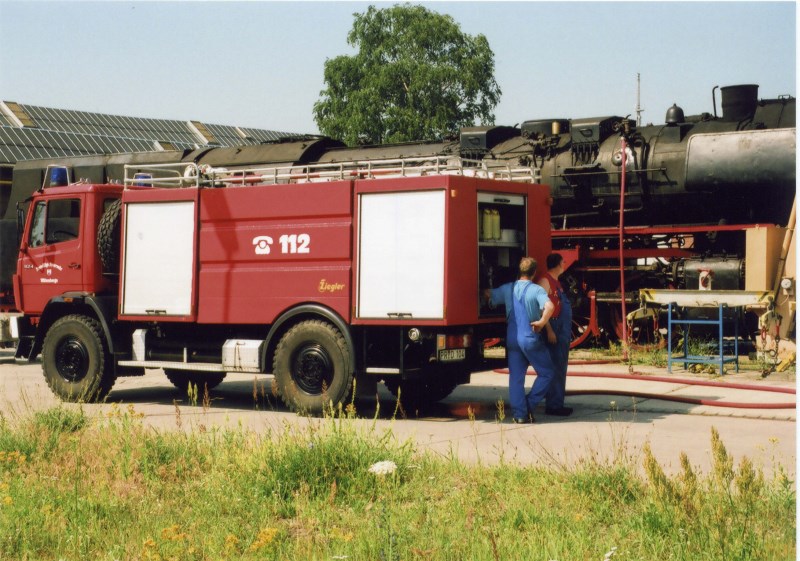 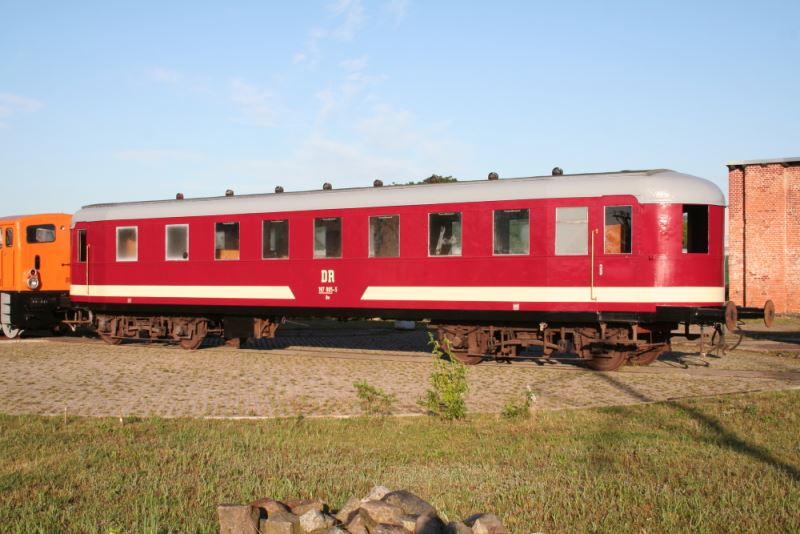 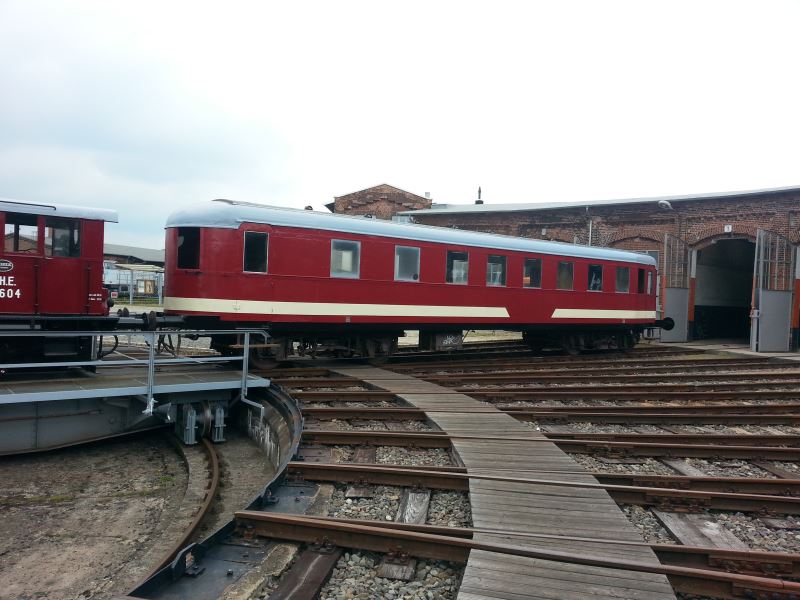 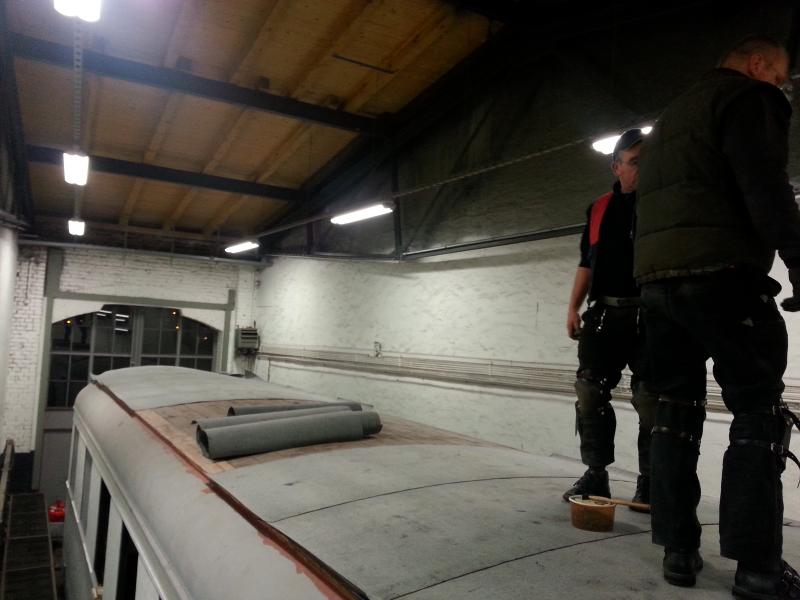 The roofers are busy 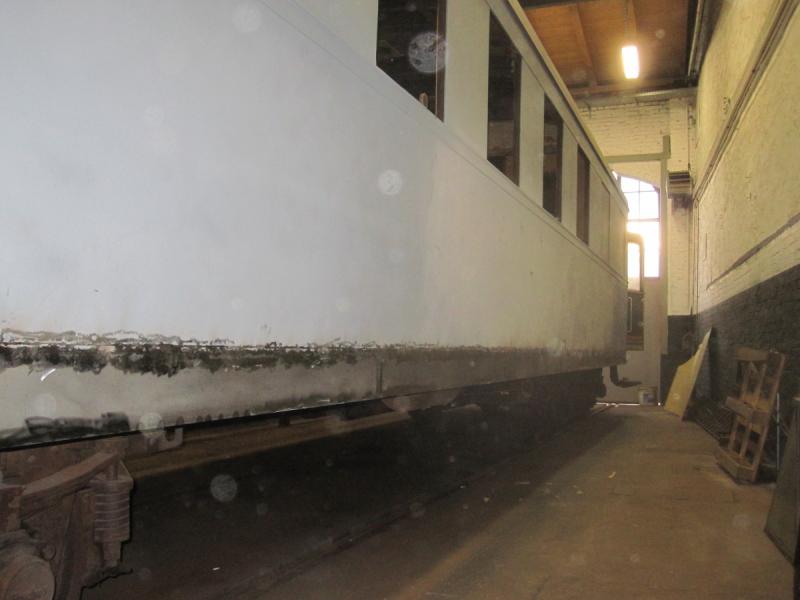